We cheated today and got the underground to the city center to go to the real ale festival at the briggait. 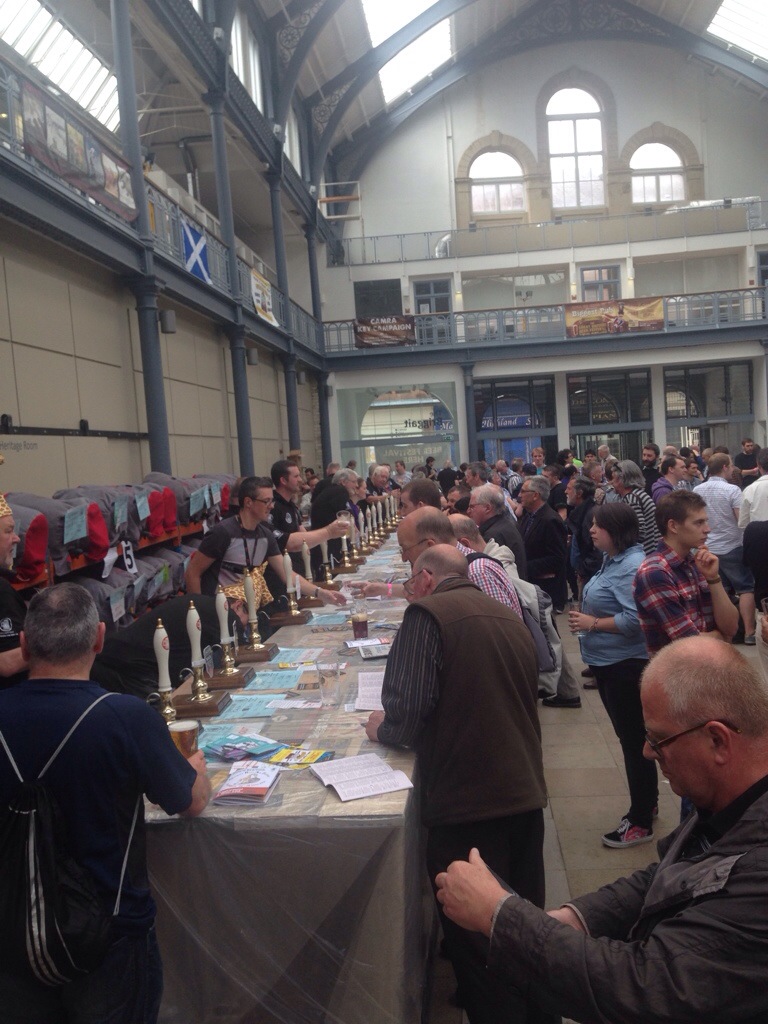 for those of you who dont know where it is, its just along from the clutha bar. (they are raising funds for the clutha fund too). 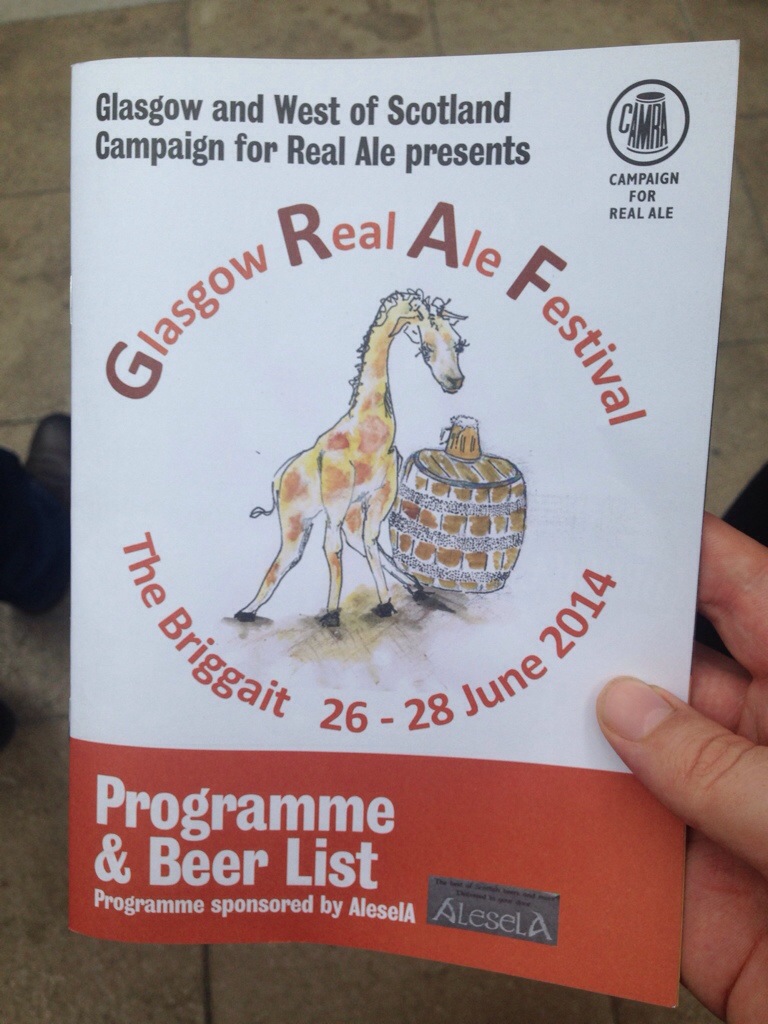 We are sticking to halfs because there are so many different beers to try.
The first we tried was the Skye Gold. very tasty :)
Then a half each of Loch ness – mad ness. a bit bitter for zoe, so I might have to finish that one myself! 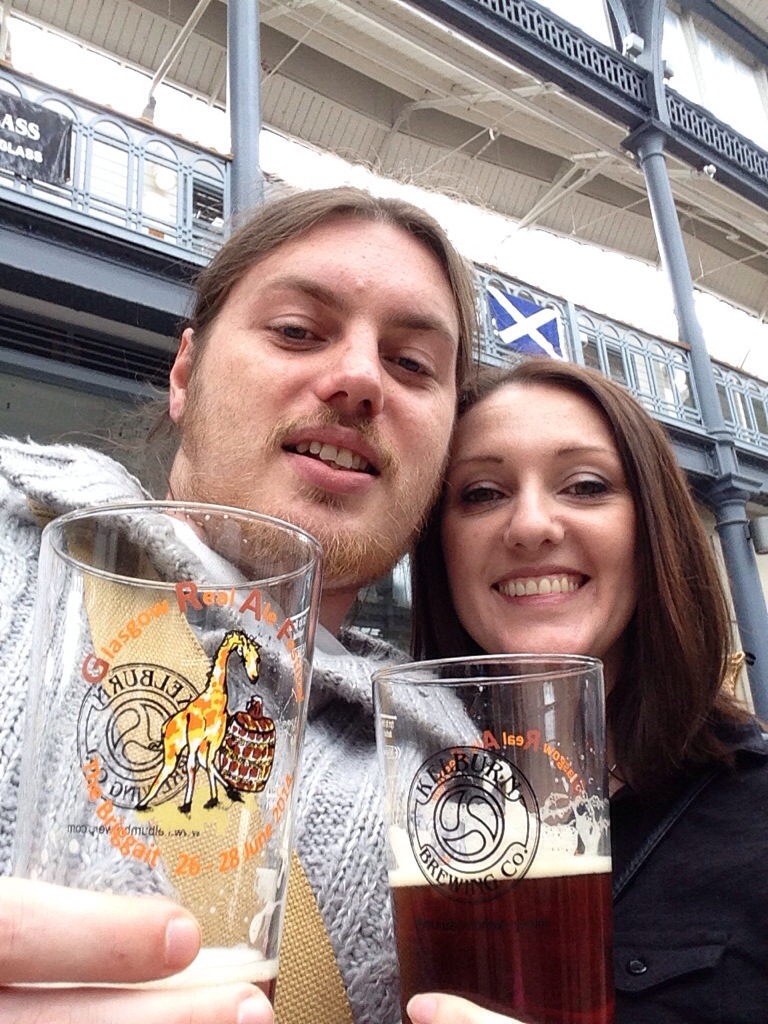 next up we got a half of loch lomond summer summit and a half of ‘on yer bike’. zoe prefers on yer bike, I like the sourthern summit. 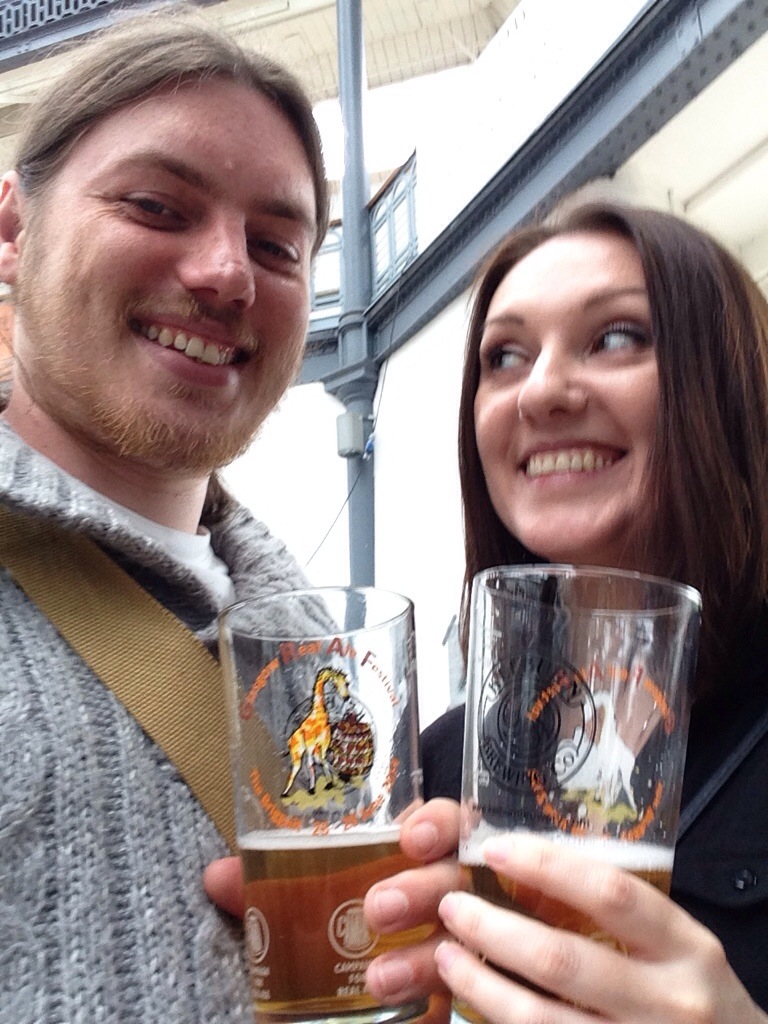 next up I think we might have a lancaster blonde, or maybe even visit the cider bar (zoe wants some crepes and they have würst) 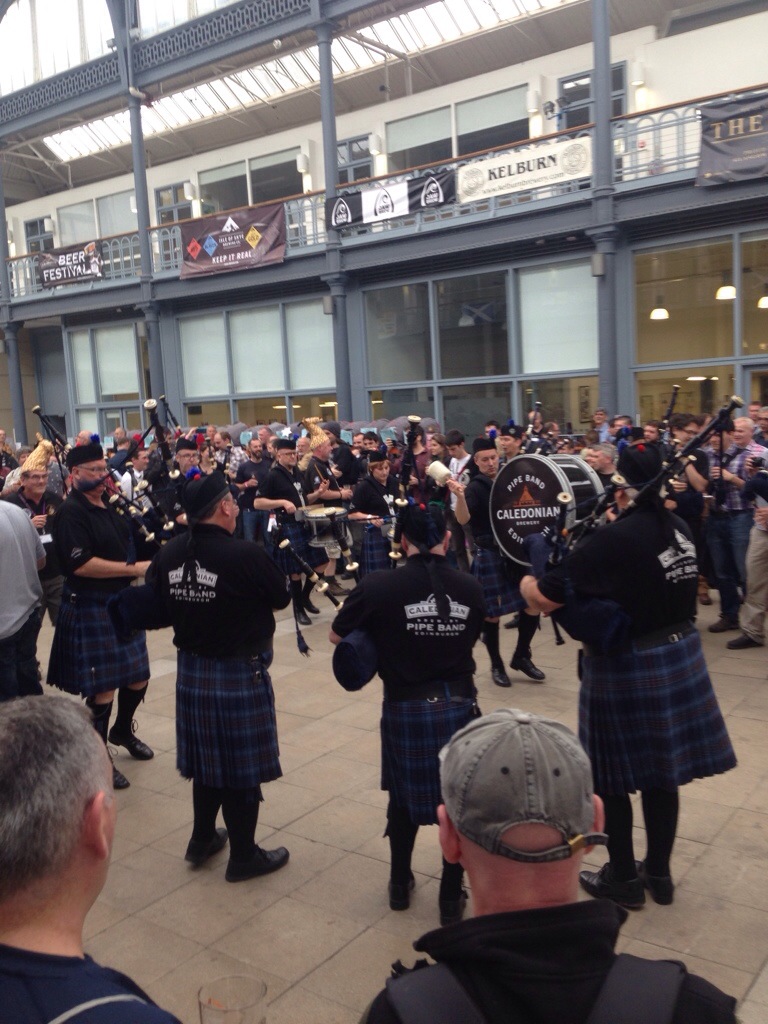 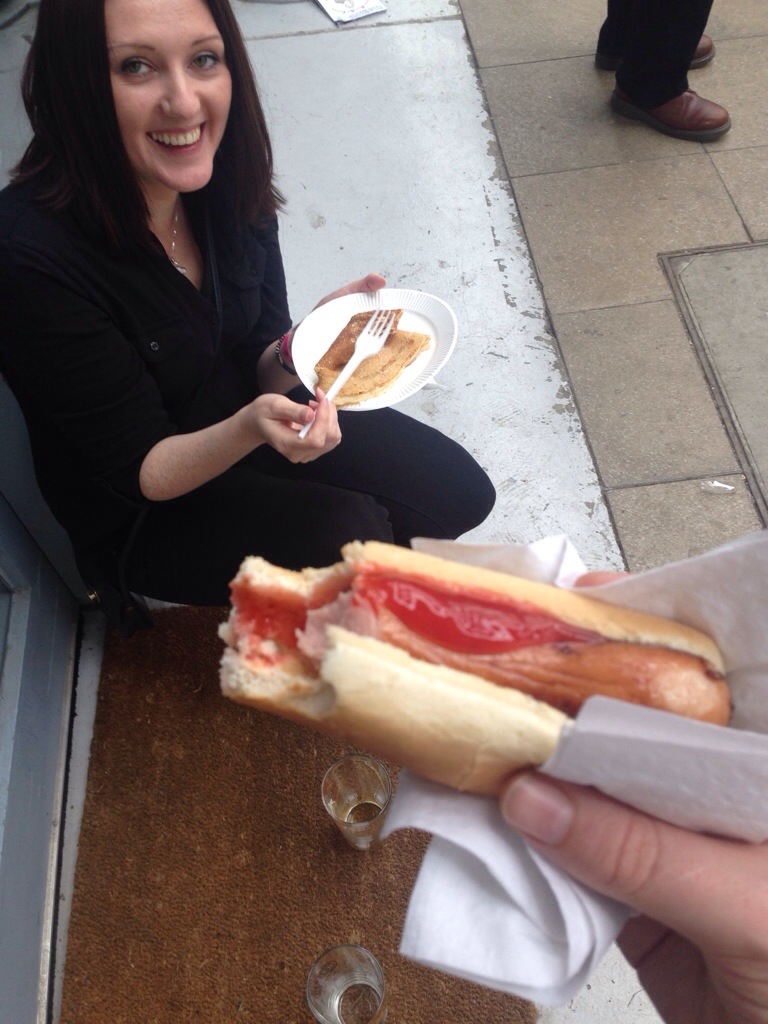 We got crepes and würsts and then a pipe band walked out!

By this time I have learned that sending zoe to the bar results in halfs that are more like 3/4 of a pint, so the tactic is employed to get some kelburn cart noir and some mallinsons still gleaming. 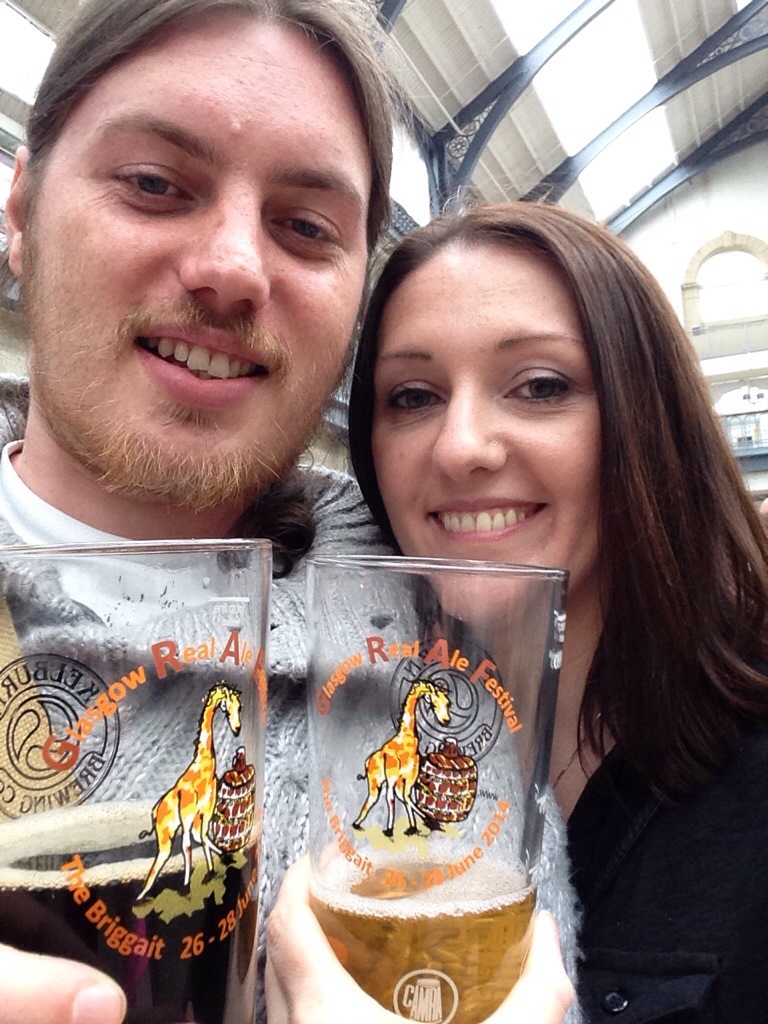 for my last half pint (like a kid at a play park I didnt want to leave, but zoe said I could only have one more, must have been staggering :| ) So I gave my glass to the barman and asked for ‘something good because its my last one’ he replied, in an australian accent, ‘do you like the dark ones or the light ones’ I told him I like the dark ones and the light ones, but not the ones in the middle, he asked me if Id tried a ‘vital spark’ I said ‘not yet, that sounds good, ill have one of those’. by the time I got back to the (very rare) seats that we had managed to get, I had remembered that the vital spark was para handy’s boat. I dont know if it was a steamer, but I know I am :|