I have a little hp mini 210 that I decided to mount an external wifi antenna on. here are some pics of the Hp mini 210 external wifi aerial mod and some little descriptions to go with it. The main aim of the mod was to get an rp-sma connector on the outside of the case that I can connect any wifi arial to. 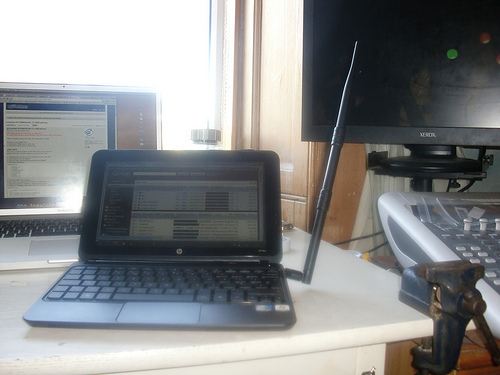 This was ths final product; after a few trials and ordering of a couple of parts from the net I ended up with something that was usable. 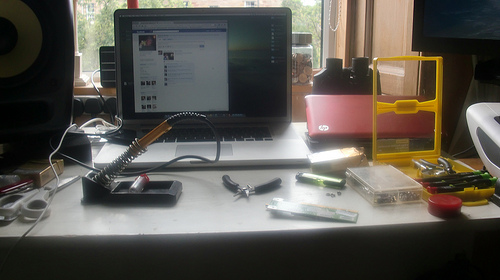 This is my desk, where I would perform the mod: tools used -soldering iron; screwdriver; vice; (though if I had waited for my rpsma pigtail I would only have needed the screwdriver..)

Here are some photos of the process… 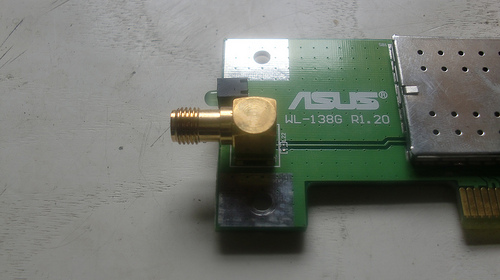 I didnt have a pigtail to start, but one was ordered, so in the meantime I decided to use the rpsma from this old wifi card and make my own 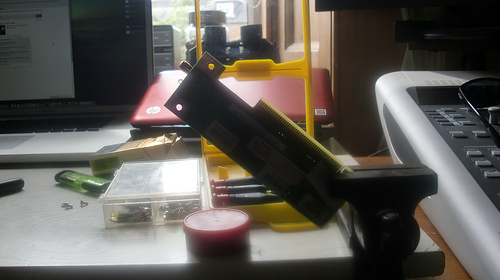 Taking off the connector from the old wifi card.. 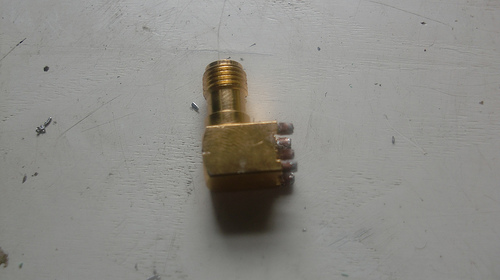 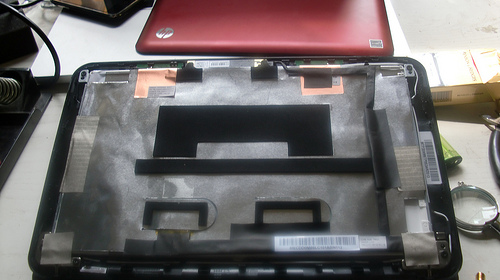 Inside the back of the screen.. 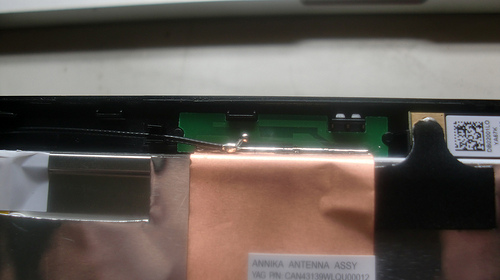 The internal antenna that I needed to break to make my fake pigtail.. 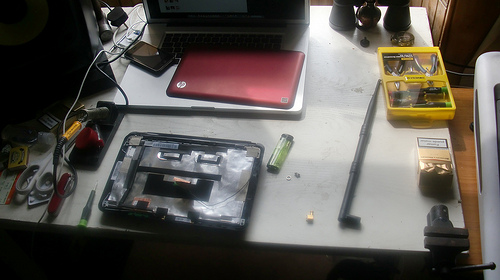 Location of the original connector on the back of the screen: when I got the real pigtail form the internets I moved it and put it where the kensington lock is on the side (who acctually uses those things ?) 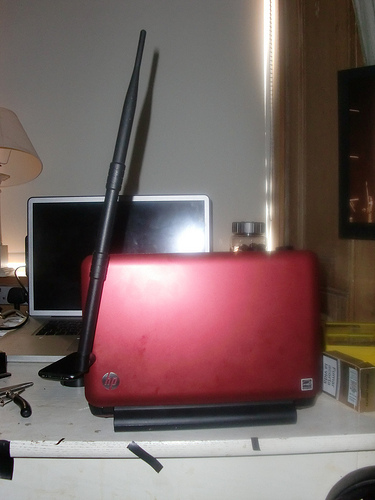 Once I had this mod done I got the parts I had ordered from the net (an atheros a/b/g/n card and a pigtail) – I then drilled a hole in the kensington lock and mounted the pigtail there.